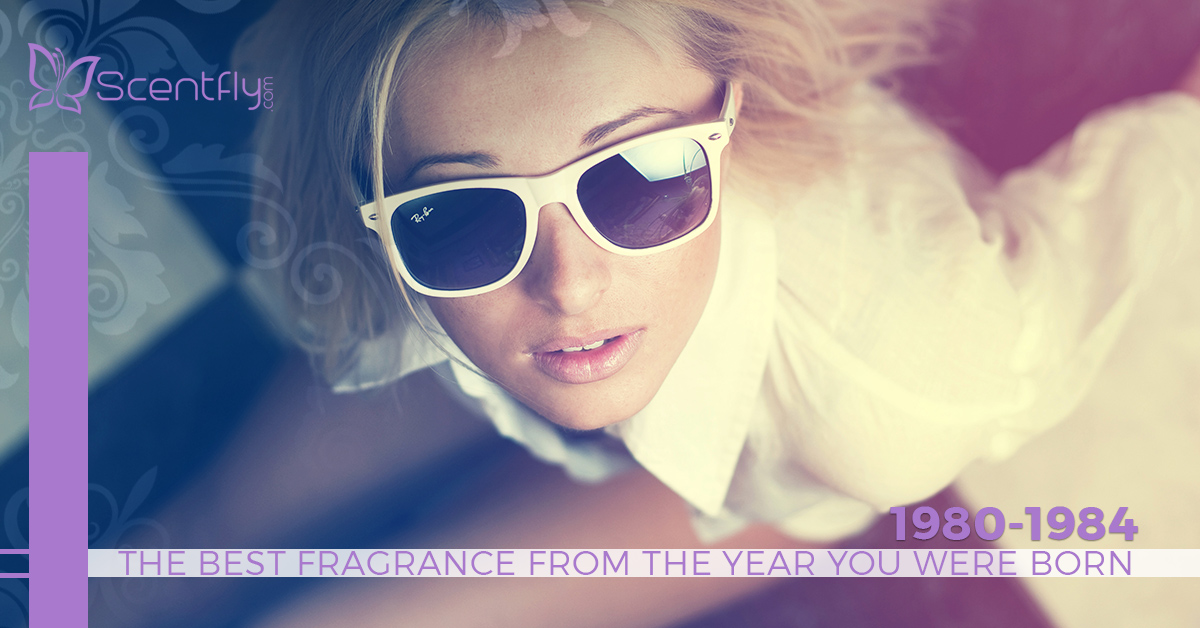 The 1980s was a time of big hair, big shoulder pads, and even bigger fragrances. The scents of the 1980s were fueled by passion, sex, and a rock-and-roll lifestyle. Women were feeling more liberated than ever before as they became more involved in business, music, and second-wave feminism, and wanted a scent that matched this newfound independence. Men were still not quite over the leather hotpants Olivia Newton-John wore at the end of Grease and wanted a scent that would attract their very own Sandy. The fragrances of the 1980s focused on bold, heady scents. Perhaps the start of this new wave of scents started in the late 1970s with the release of Opium by Yves Saint Laurent. This perfume featured a wild launch-party on a yacht where partygoers snorted cocaine, consumed hundreds of oysters, and, well, you can read the full report if you want to know more. The perfumes that followed in Opium’s footsteps were a little tamer, especially in their advertising, but still featured the same warm, bold, and musky scents that indicated a changing society.

So, want to know the hottest and newest scent from the year you were born? Keep reading to find out! And to try these scents for yourself, be sure to follow the links to order your own bottle. Or, if you’re not ready to commit, be sure to sign up for our monthly perfume subscription service to try monthly samples of your favorite fragrances.

Pierre Balmain founded the French Fashion house Balmain in the mid-1940s, and was responsible for outfitting the likes of actresses Ava Gardner and Brigitte Bardot, as well as first ladies and queens of various nations. So, it comes as no surprise that a major fashion designer would try his hand at perfume as well. His first perfume, called Vent Vert, launched in 1947 and had notes of greenery, citrus, and floral scents. The next fragrance from this powerhouse didn’t come until 1980 with the release of Ivoire. Following in Opium’s footsteps, Ivoire was woody, balsamic, and spicy with a hint of floral for feminity.

Kouros was the first cologne released by YSL after Opium. The scent was inspired by Saint Laurent’s recent trip to Greece. He said, “I had been fascinated by the blue of the sea, the sky, the intense freshness which emanated from this universe dedicated to beauty. At the same time, I saw the statues of these young men who are the splendor of Greek statuary. I had my new perfume. And its name.” The statues of the men he is referring to are the kouroi, thought to be modeled after Apollo and represent youth, nobility, and athleticism. This scent is the epitome of masculinity and is almost animalistic. It has notes of musk, civet, leather, and moss, as well as honey, cinnamon, sage, and vanilla.

Drakkar Noir is an aromatic fragrance for men that has top notes of rosemary and lavender with middle notes of cinnamon and coriander, and base notes of leather, fir, cedar, moss, and amber. The perfumer of this scent, Pierre Wargnye, described this cologne as having an aroma that conveyed a “sensual, masculine power,” ensuring that it fits right in with other ‘80s men’s fragrances. This cologne would go on to win the award for “Most Successful Men’s Fragrance” in 1985, as well as several other awards and recognitions. This scent has also been mentioned in many popular television series from Breaking Bad to It’s Always Sunny In Philadelphia to Dawson’s Creek to How I Met Your Mother.

No stranger to finding perfume inspiration from travel destinations, Paris was YSL’s follow-up to Kouros. Paris was a little more romantic, not unlike the city it is named after. This top women’s perfume is a woody-floral scent that features top notes of bergamot and violet with a heart of rose, lily, and ylang-ylang. The perfume finishes with a strong, warm base of musk, amber, and sandalwood.

Perhaps one of the most iconic scents of all time, Coco by Chanel follows the same spicy-Oriental notes that Opium found popularity in. This is a very balsamic fragrance, with top notes of coriander, mandarin orange, and peach. The middle notes of this famous women’s perfume feature spicy cloves, clover, and rose. To round out this scent, the base notes are sandalwood, civet, amber, and vanilla for just a hint of sweetness.

There are too many good things to say about these luxury scents to put into just one blog post. So be sure to check back next week where we will discuss the top perfumes from 1985-1989. And 90’s babies, don’t worry. We’ll be back again to talk about all of our favorite 1990s scents that we still wear every day.

While you wait, be sure to sign up for our monthly perfume subscription! You’ll receive a generous 30-day sample perfume or cologne of your choosing, so you’ll always get to try something new. Subscribe today!